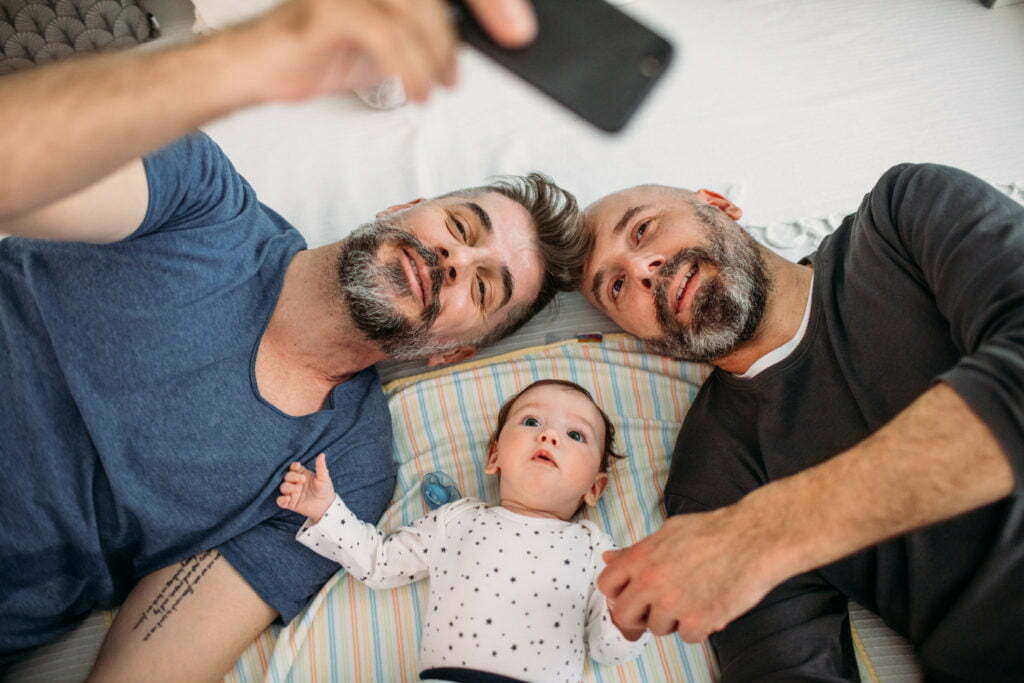 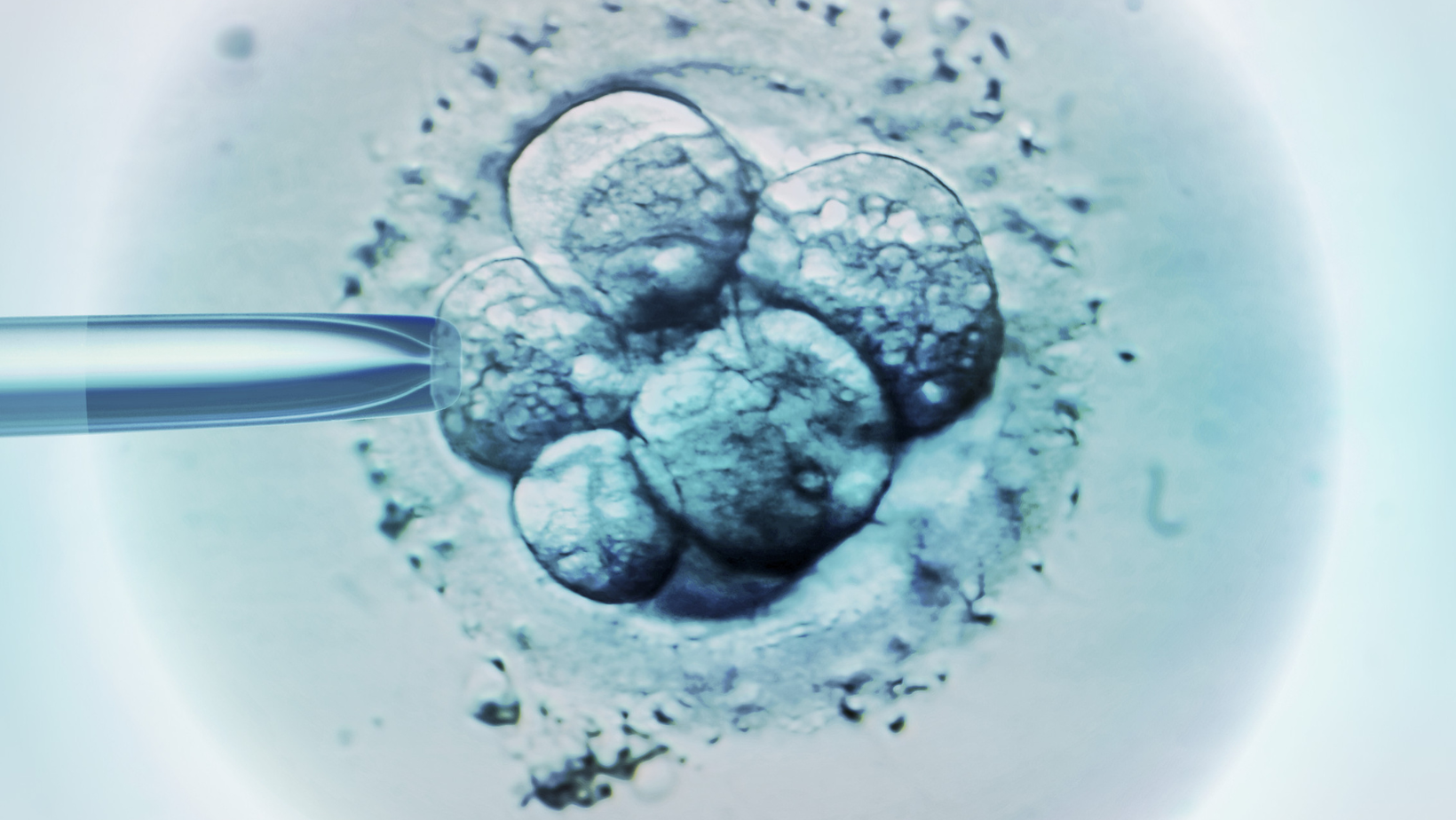 These days if you have the economic means, then you have the opportunity to have a child, through the use of donor sperm, eggs, or embryos. This is great news for those wishing to have a family who struggle with infertility, not wanting to pass specific genetics, or happen to be part of the LGBTQ community. However, this brings about a new dilemma for these parents. When, how, and do I tell my child that they are donor conceived?

Telling your children about their donor conceived origins brings about the concern that it could disturb family harmony or compromise the parents’ privacy. The fact of the matter is that research has now shown that donor conceived people are much better off emotionally when they learn about their origins early on.

In 2019 donor conceived people gather at the United Nations to let their voices be heard about not knowing they were donor conceived. One speaker, Jo Loydt, said “I have a congenital heart defect called Tetralogy of Fallot which is hereditary in a small number of cases. My parents always told me and my doctors that there was no history of heart issues on my paternal side. Aged 54, I discovered that I was donor conceived. My father was Mr Anonymous. Amidst the shock of discovery was the trauma of knowing I had been giving inaccurate medical history all my life. This was incredibly scary.”

There are even a few states, like Colorado, enacting laws that require people who intend to make use of donor gametes or embryos to be fully informed about the importance of telling their donor conceived children of their origins. The law in Colorado was officially set into motion in June and requires people planning on using donor-assisted conception to receive information on how to discuss it with their children.

California is following a similar path to Colorado. The state recently passed a bill in August, if signed by Gov. Gavin Newsom, will require egg and sperm banks to provide their customers with information on the well-being and improved family functioning of donor-conceived children. The bill would go into effect on and after January 1, 2024. This bill would also require these sperm and egg banks to inform potential donors of the potential genetic technologies that could reveal the relationship between the donor child and the donor, even if the donor chose to remain anonymous at the time of donation. 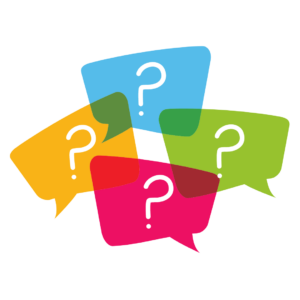 States are not trying to encroach on parental rights, but many people do not know or take the time to do the research to ensure they are making an informed decision. Knowing that you are donor-conceived can help you learn about possible hereditary diseases or other medical risks.

Research about parental disclosure in donor-conceived children is still extremely limited, but what we do have indicates that disclosing the truth early on is beneficial for the children. A UK based study that followed children born through egg donation, sperm donation, surrogacy or unassisted conception, who were one year old in 2000 through the age of 20 has shown that those who knew by the age 4 that they were donor-conceived felt more secure about their identity and were more accepting than those who found out later on.

Previously, fertility doctors discouraged parents from telling their children how they were conceived. Secrecy was the way to go in order to promote bonding between parents and their children (echoing the adoption model that had been used for decades). This would also protect the privacy of the couple who had experienced infertility.

This made gathering numbers on donor-conceived children in the USA very difficult. A study published in the journal Fertility and Sterility, estimates that nearly half a million women in the USA have used donor insemination over the years. They also suggest that the practice is growing.

A task force is being assembled by The American Society for Reproductive Medicine to assess ways to educate medical professionals on how to discuss with parents the value of early disclosure.

Keeping such a big secret is becoming increasingly difficult thanks to the advances in technology. The widespread use of DNA testing and the willingness of people to share those results on social media has made it easier for children to find out their origins regardless of whether or not their parents tell them.

The reality is that hearing about your origins should come from your parents, not a DNA test you take for fun. While we certainly need to continue researching this topic, in general honesty is the best policy and will help your children understand who they are and have a strong sense of self. 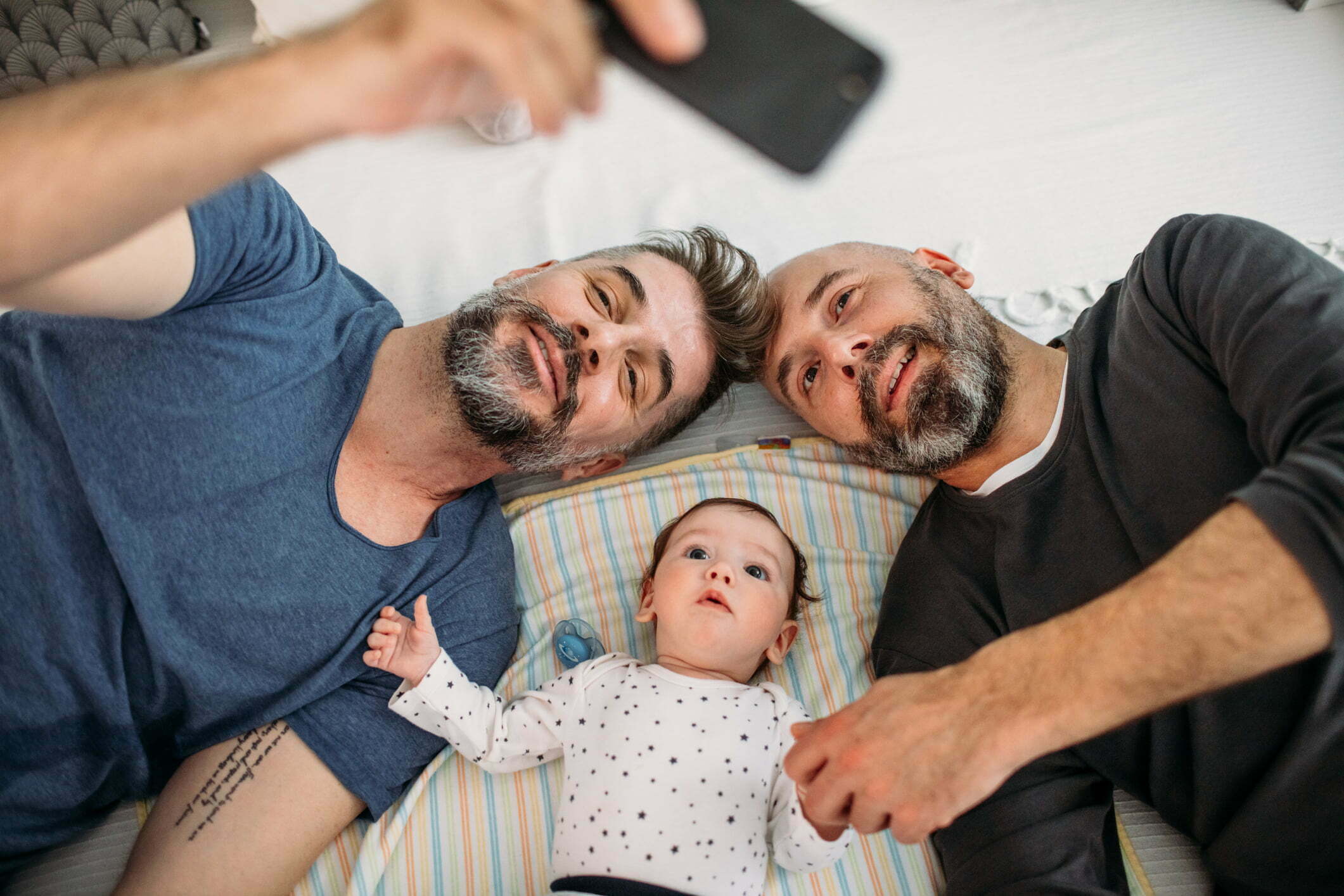 Gay dads playing with their donor-conceived baby in the bedroom.